The Importance of Contrast 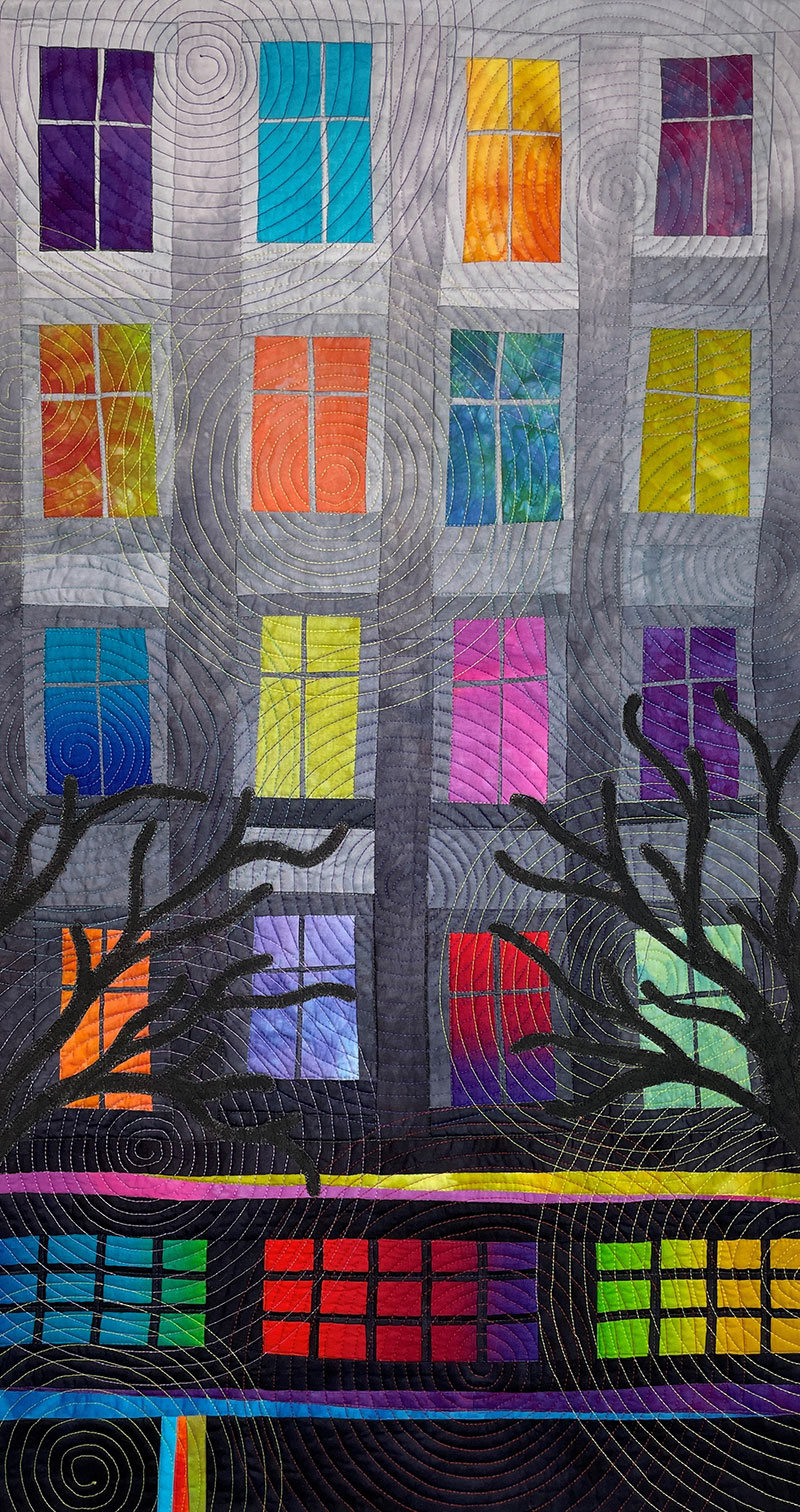 I was working on deadline to document the process of making my City Windows quilt when I discovered a huge problem regarding the importance of contrast.

My upcoming Architecture Quilt class was starting in just one week and I still needed to finish creating all my video clips to show the process of creating this quilt.

Below is the original City Windows quilt. 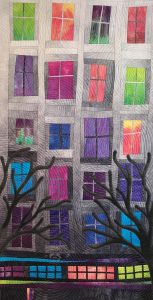 It’s a playful depiction of colorful wonky windows, the smaller windows at the bottom representing retail space on the bottom floor of most apartment buildings in the city.  The dark bare branches of trees in the foreground contrasted with the gray building and colorful windows.

In my rush to finish the new quilt for the sake of documentation I changed several things.

Those three choices resulted in a less than desirable outcome. 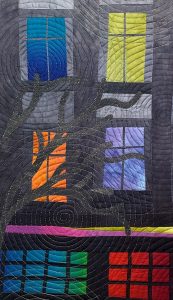 There just was not enough contrast between the building and the trees. Also, the spiral quilting just obliterated the visual impact of the trees which were not dark enough in the first place.    The contrast was all wrong. In my haste I had not noticed this.

I started thinking about what I could do to solve this problem.  Students in my landscape class can tell you that I have some pretty unconventional ways of solving problems which come up in my process.  I got out some very dark charcoal markers and experimented with darkening the trees.  I first avoided the spiral quilting, allowing it to show through but that still didn’t provide enough contrast.

The result was better.  I couldn’t do anything to make the lower part of the building less dark. 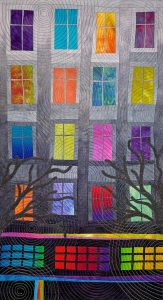 Still, in comparison to the original quilt, I wasn’t satisfied.  I got out my black opaque textile paint and painted the trees, allowing the edges with the metallic thread to still show.  I finally got the result I was hoping to achieve. 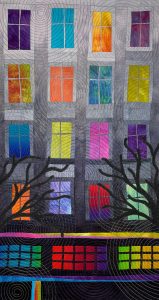 Here is a detail shot. 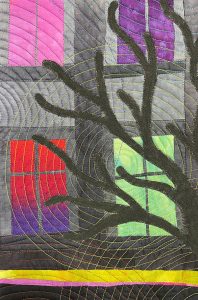 Join us for the Architecture Quilt Virtual Live Zoom Class.  You can find more information here.

Join our Free Artful Quilting and Sewing Facebook Group to find like minded and supportive people who love to quilt and sew.